Sorry for the delay this event happened last week. I thought I would post some of the highlights. Basically the event consist of about 70 booths from places like Whole Foods, Smith Brothers, and many other lesser known healthy, organic, sustainable,  or fair trade type companies. Bear has been really into "hippy stuff" lately so we just had a field day. 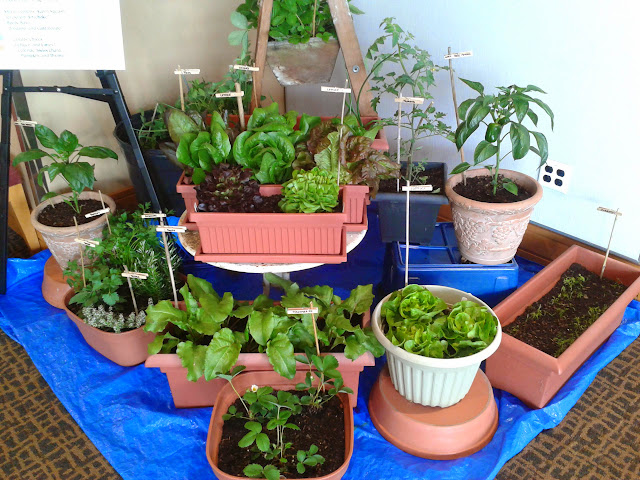 I really loved the above display. I got some great ideas for my own garden. I actually probably have enough room for planting veggies in the ground but I love the idea of these planters because it really cuts down on weeds and helps you distinguish what is what a bit easier. For example I saw a leave popping up in my strawberries that was not a strawberries and recognized it as a potato that was growing from my compost that was from my winter growing. I would never not caught this if my berries were not in planters and would have thought it was just a weed.

I am not brave enough to try lettuce mine looked horrible last year. I discovered I need to use more fertilizer  Maybe next year.

I love this use of a ladder. It really added visual interest in the garden. Also love this close pins idea. Somewhere else I saw someone use corks too! 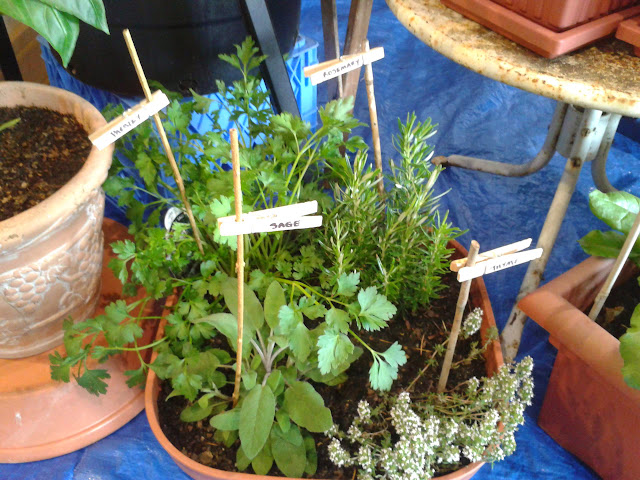 I wish my parsley looked like this one. Mine took over the WHOLE pot. Poor other herbs. 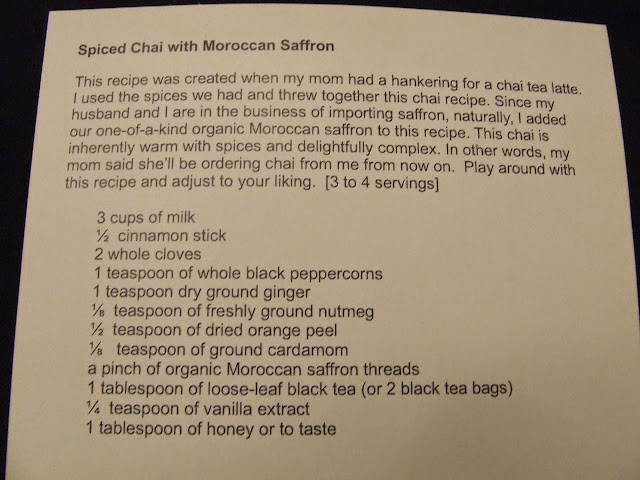 This is the most saffron I have ever seen in my life! $$$$$$ I liked the idea to add saffron to Chai. I have tried it before but forgot. MMM Chai.

So I tried this chia cereal at one of the booth and LOVED it. I bought some last week and already finished the whole bag. You add a couple tables spoons to 1/3 cup of milk/coconut milk and then let it sit for 6 minutes. You eat it like cereal and its similar to the consistency of watery oatmeal. Its super tasty and really good for you. MMMM gonna buy more.

We each got this nice shopping bag when we walked into the event.

One of the booths gave us a cup of spiced nuts. They were good but I didn't feel like I HAD to buy them.

We bought some yogurt today to try this granola with. One of the people had a booth and they apparently do cooking classes and other chef stuff. Kinda cool.

Its a pen made out of wood!

Hemp Hearts are super yummy and good for you! I like putting them in my salads and eat them by themselves too. People also add them to shakes. This Raw Rev bar was good it had chocolate and other stuff in it. I think it would be fun to dip it in chocolate... Just saying. The Ginger candy didn't taste good to Bear but he hates Ginger so I laughed that he tried it. Silly Bear Ginger is for Bunnies;)

The Farm Guide is an awesome book that lists all the farms and farm stands in the area. Its pretty sweet we will be hitting up farm stands a lot this summer. Yay free water bottle. Also I got these seeds from a booth that was handing out the Farm Guides. Love free Seeds.

I liked how simple they made the directions for these shake recipes!

Anyways this is what we did last weekend. What did you do?

Email ThisBlogThis!Share to TwitterShare to FacebookShare to Pinterest
Labels: Food